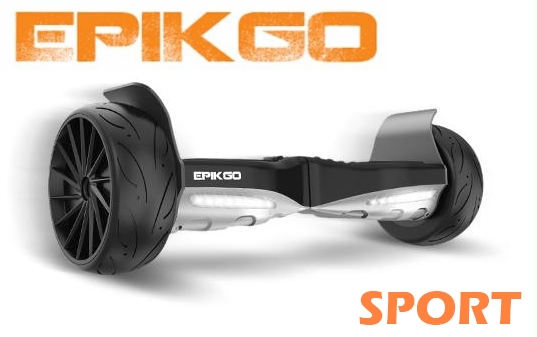 Both, EPIKGO Sport and EPIKGO Sport +  are UL2272 certified and thus safe for riding. EPIKGO Sport Series passed 159 separate test which are determining if this product is fire safe and fire resistant as well as vibration, crash and drop resistance of the product. EPIKGO Sport Series have successfully fulfilled all UL2272 requirements.  Sport Series of EPIKGO hoverboard are equipped with UL2271  certified LG smart battery with intelligent protection. Also, the EPIKGO is based in Silicon Valley which is great plus for maintaining close relation with the customers and quick reaction for their needs. At the first glance you will notice that EPIKGO Sport and Sport + are heavy and very well built. One could think that heavier construction is the downside of EPIKGO because carrying it would not be much fun, but sturdy and durable aluminium alloy chassis, aluminium wheel fenders and 8,5″ alloy rims and wider foot pads (all influencing bigger weight of EPIKGO than the competition products) are here to make the ride more aggressive and at the same time to prevent serious damage on your hoverboard. The EPIKGO Sport is a machine that will power you anywhere, and if you need hoverboard that is going to last choose this one. 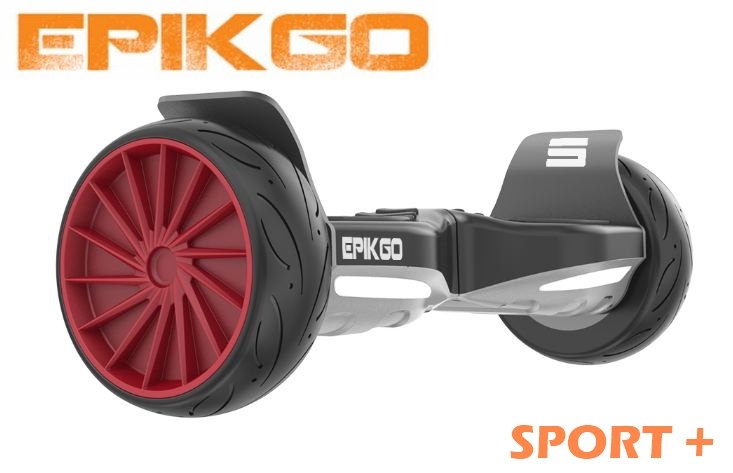 What is so different at the EPIKGO Sport and Sport + than at the Classic EPIKGO? Well, we could say that the main difference is in their design, where Sport Series have more aggressive look (it doesn’t mean that Classic EPIKGO is not aggressive enough) and they are equipped with performance tires which transfers more power from the board to the ground instead of all-terrain tires present at EPIKGO Classic. Also, EPIKGO Sport + have higher ability to scale slopes up to 30 degrees instead of 15 degrees at the Classic Series. One more additional feature of EPIKGO Sport + are built-in Bluetooth 4.0 speakers to make you ride even more fun. The EPIKGO Sport + can travel at speeds up to 12 mph for 12 miles on a single charge and you will need approximately 2 hours to fully recharge it.

Take a look at the chart below to see and compare main features and performances  of EPIKGO Sport and Classic Series.